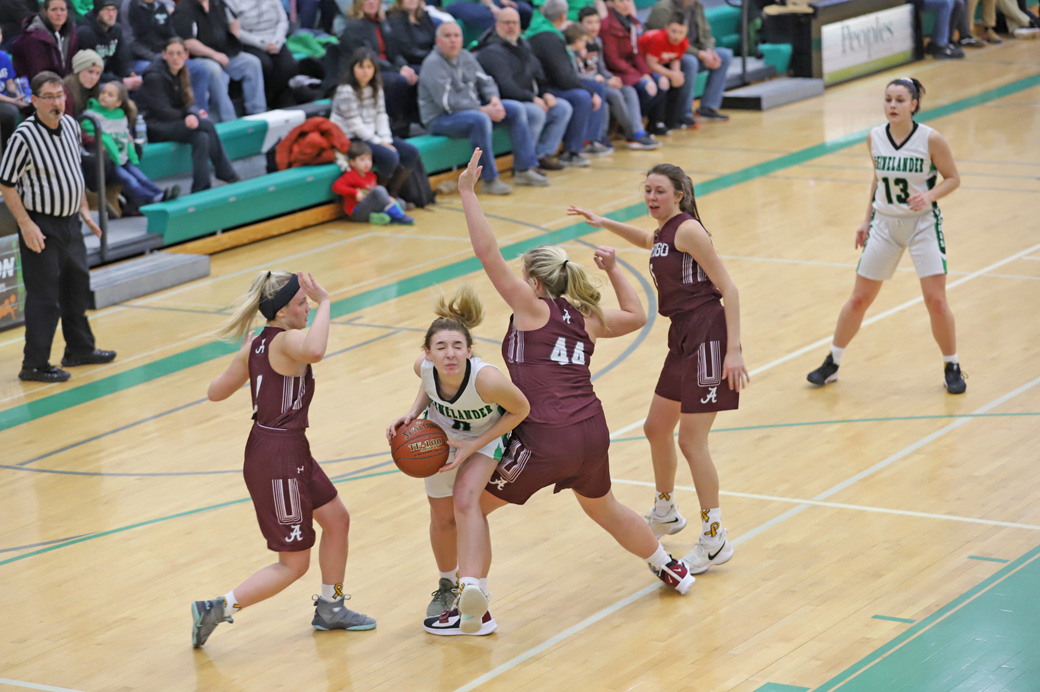 Antigo came to Rhinelander for a doubleheader with the girls team  playing first and the Hodags wanting to maintain their unblemished conference record facing the Red Robins. Early in January, the girls won in Antigo 77-41 in a game that was close early and then the Hodags turned up the intensity and won. Friday was not as close as the Hodags had a 40-point advantage midway through the second half and had the benefit of a running clock for the rest of the game. The Hodags won 72-28 after taking a 39-17 half-time lead into the locker room. Kenedy VanZile led all scorers with 28 points leaving her only 3 away from the school record for points in a career with games on Thursday and Friday this week. VanZile was followed by Cynthia Beavers with 19, Megan Brown and Rebecca Lawrence with 8 a piece. Rounding out the scoring were Annika Johnson with 5 and with 3 each were Sophia McGinnis and Ella Schiek.