FeaturedSports
Home›Featured›Hodag football begins the season with a win

Hodag football begins the season with a win

Hodag football kicked off the 2019 season by making the long trip to Prescott for new head coach Aaron Kraemer’s first game. The weather could not have been any better as the sun was out and temperature mild all evening.

The Hodags were all but mild and held the Cardinals scoreless on their way to a 21-0 win. The coin toss was won by the Hodags and the captains deferred their choice to the second half. Prescott had the opening possession and on their first series had to punt.

The Hodags’ first possession began at the 50-yard line and the first offensive play of the season for the green and white was a play action pass and Jackson Labs was wide open downfield as quarterback Quinn Lamers placed it right into his hands and Labs had an easy jaunt into the end zone for a quick score. The extra point attempt was blocked but the team had the first lead of the season, 6-0.

Two more scores would come on runs from Drake Martin and Peyton Erikson. The Hodags passed to Connor Lund for a two point conversion and Martin kicked the extra point on the third touchdown for a 21-0 win. The defense had the shutout and held the Cardinals to -2 yards rushing while rushing for 228 yards. Photos by Bob Mainhardt. 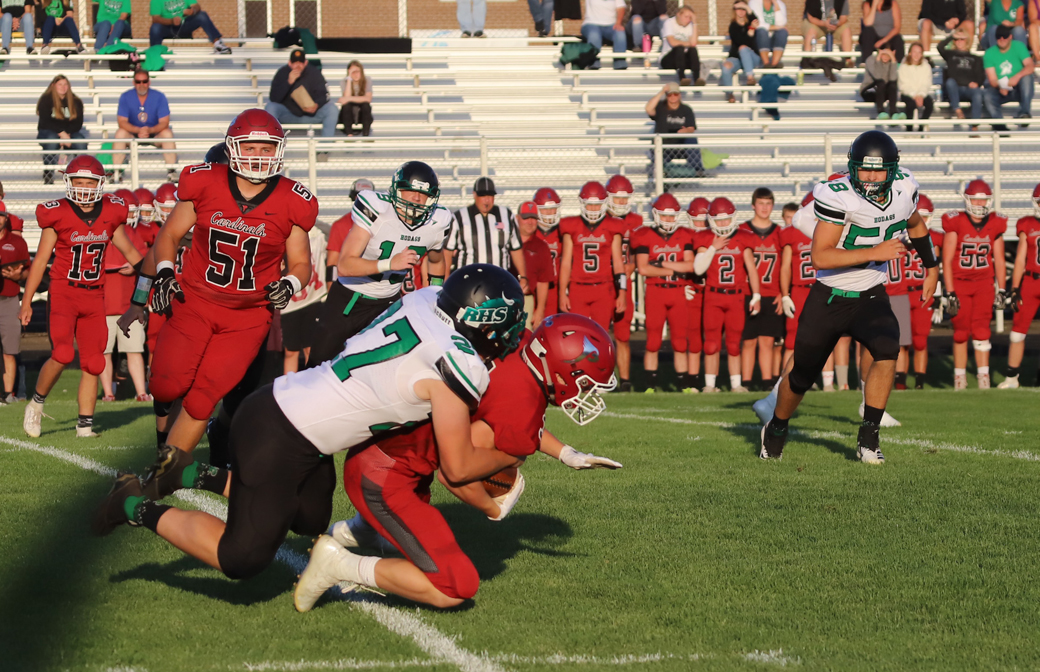