Girls basketball: Hodags come from behind to beat Crandon

Top 10-ranked Crandon girls basketball team came to Rhinelander hoping to duplicate the result of last year’s game that went in Crandon’s favor by a 61-40 score. Last year at half the score was 28-12 and Friday night it was even worse as the girls could not make shots and Crandon it seemed could not miss.

The half time score was 34-17 in Crandon’s favor. Some in the crowd thought the game was over and left. Those in attendance witnessed a great comeback as the Hodag girls out scored the Cardinals 33-14 in the second half to win by a 50-48 score.

Kenedy VanZile was high scorer for the game with 22; with just one three-point shot made. Two others for the Hodags scored in double digits as Rebecca Lawrence had 14 and Cynthia Beavers chipped in 10 with two late three-point shots and four of four free throw shooting all in the second half. Photos by Bob Mainhardt. 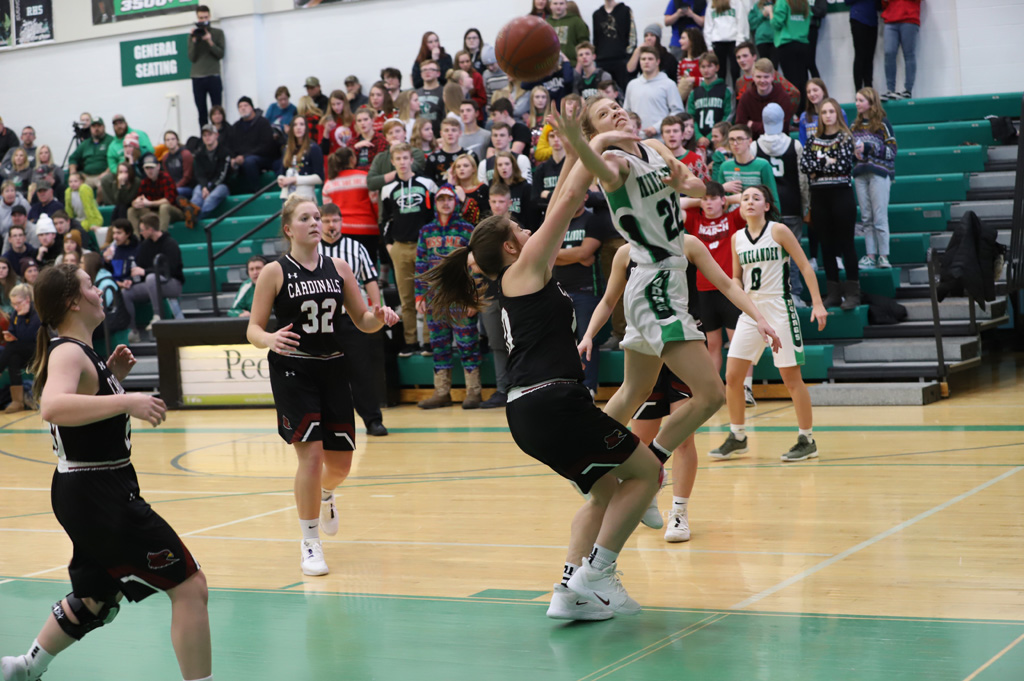